This morning I made a momentous decision. One which I hope will be impactful not only on my life; but on the lives of my (one day) adult sons.

From now on; every time I perform any household or child-related chore; I am going to tell Rob about it. And not only will I tell him I’ve done the chore; I will tell him I’ve done it for him. And after I’ve told him, I will wait, smiling inanely, until I am thanked by him. In fact; fuck that. I’m going to stand there until he places a sash on my shoulder or at the very least, pins a ‘Clever Girl’ badge on my top.

Me: ‘Oh hey Rob, how was your day? I’ve just cleaned the oven for you.’

Me: ‘Hi Rob, you’re not going to believe this but I’ve just bathed the kids for you.’

Rob: ‘No way? All three of them? Good effort babe.’

This simple, yet clever tactic will undoubtedly change our marriage/family life for the better. Rob will soon realise that it is firstly incredibly boring when someone lists the chores they’ve done, and secondly it’s astounding when the person then tells you that those chores have been done for you. Some of you might not approve of this somewhat passive aggressive approach. You might wonder why I don’t simply say to my husband;

‘Rob; you also need to use the oven/require the children not to be filthy; so you haven’t done that for me. You’ve done it because you are a grown-up, you saw a job that needed doing and you did it. You do not deserve my congratulations.’

But you see I’ve tried that conversation; both when I was working full-time in a ‘real’ job and now that I’m working full-time in my job as a Mother (aka dossing around in my PJ’s eating Jammy Dodgers and watching Jeremy Kyle whilst Ellis sucks discarded batteries that he’s found in the bin). Things change for a little while, and my lovely husband agrees with me, he won’t say that again. I’m right. It’s not fair. We are a team and all the chores are done for the benefit of all of us.

I just don’t want my boys to grow up thinking Dad did Mam a favour cos he took the bins out (for her). So; I’m implementing some steps early, in the hope that my future daughter-in-law will never have to throw a plate off the wall and scream; ‘Make your own tea you misogynistic TWAT!’ 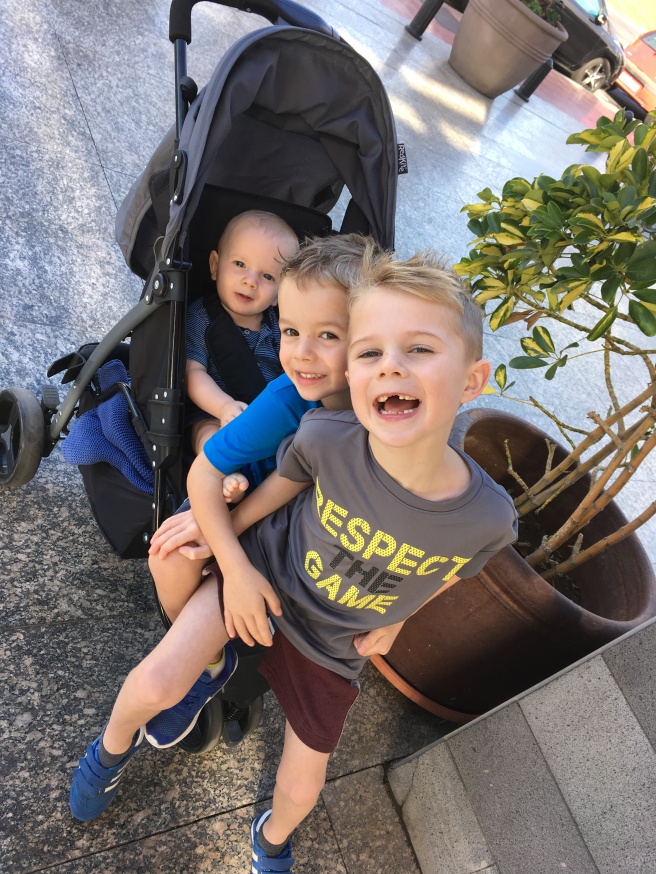 1)We are going to value work in the home as much as work outside the home.

Now the term ‘Emotional Labour’ is right up there with ‘Babyccino’ and ‘Self Care’ on my ever-growing list of ‘Middle-Class Fannyish Terminology I Can’t Cope With‘. I think it would be easier if we re-named Emotional Labour, ‘Getting all the mind-numbing family-life shit that needs doing, done.’ Granted it’s not as catchy and wouldn’t work as well as a hashtag…

There’s something in this ‘Emotional Labour’ malarkey though you know. Cos (in the vast majority of families) guess who does the labouring? It’s fucking knackering. And it’s 24 hours a day of relentless inner dialogue about every aspect of our lives. It is so boring to be in my head thinking about all that shit day in day out. But without it? The wheels would come off our family. So I will endeavour to remind my kids every day that the work that the person in the house does, is every bit as important as the work that the lucky bastard who leaves every day at 7am does.

2) We are going to quantify success in other ways than money.

If boys learn that success is defined by the size of a payslip, they will always assume that men are more successful than women. Because for so many reasons; women as a whole are fated to earn less. Either because they’re in typically lower-paid caring professions or because they work part-time to look after their kids or because… oh I’m going to stop there because this could run and run. That song ‘Clap Your Hands For Daddy’ has a lot to answer for doesn’t it? Nobody claps their hands for poor friggin’ Mammy when she’s running round Asda trying to finish the big shop in record time because she’s got a toddler who’s just shat himself in the trolley seat and she’s fairly sure it’s now pooled in his socks. We are going to teach our boys that it’s not all about the bank balance. Success is measured in happiness, in achievements big and small, in mental health, in friendships, in love.

There’s a little girl in Dylan’s year group at school who absolutely kicks the boys arses at football. Thank god for her. It means my boys so far haven’t come out with the dreaded ‘Girls can’t play football’ line. But I know it will come. And I intend to stamp down on that shit harder than the time I jumped on the Gran Canarian cockroach. We wouldn’t stand for casual racism so we won’t stand for casual sexism – because there is no such thing as casual racism or sexism is there?

4) We are going to watch our language.

No not that kind of language. As much as I try, I cannot guarantee the odd eff ‘n’ jeff won’t slip out in front of the boys. But I can guarantee that they will never hear from us: Stop whingeing like a girl/You run like a girl/Boys don’t cry/Man up/That’s not very ladylike or anything similar.

5) We are going to talk about feminism in terms they understand.

I was recently on a night out with one of my best mates and was shocked when she said ‘I’m not a feminist’. She has a son and a daughter and I know beyond a shadow of a doubt that she believes her daughter deserves every benefit that is afforded to her son. As we chatted/ranted I realised that although she is a feminist in deed, she doesn’t identify as one because she doesn’t identify with the typical image of a feminist. Not the cool young ones who wear #feminist tshirts tucked into their skinny jeans, not the shaven headed activists, not the angry Germaine Greer types either. But she identifies with me. I’m a feminist. A fairly normal looking one I think. It made me think about how that word could do with some rebranding, some redefining for the yoof. Innit. So as my boys get older, we are going to talk about how normal it is to be a feminist. How it’s kind of just a given… if you’re not a dick. We’ll tell them about high profile feminists. Cool ones like Barack, George Clooney, Justin Trudeau. And Ryan Gosling. Obvs. Any excuse to talk about Ryan Gosling. 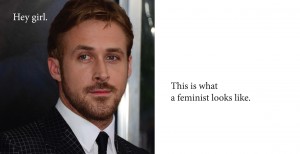 So that’s just five small steps in the fight to prevent my sons becoming sexist arseholes. I know it’s not going to be easy, in this testosterone-heavy household with a bunch of boys who I think are by nature, fairly alpha-male.

I’ve already started with Jonah. His favourite show is ‘Breaking The Magician’s Code’; which exposes all the secrets of the magic circle…but it also exposes the arses and boobs of ‘the hot girls’, as the narrator delightfully calls the assistants. It was a hard job explaining the concept of objectification to a five year old, but I had a good bash at it. Eventually, we got to this point…

Jonah: So, do you just mean, those ladies would still be really good at getting cut in half and stuff, even if you couldn’t see their boobs?’

Jonah: And girls don’t like it if you call them ‘hot’?

View all posts by pearlsofkiddom